New initiative developed to tackle the growing problem of stalking 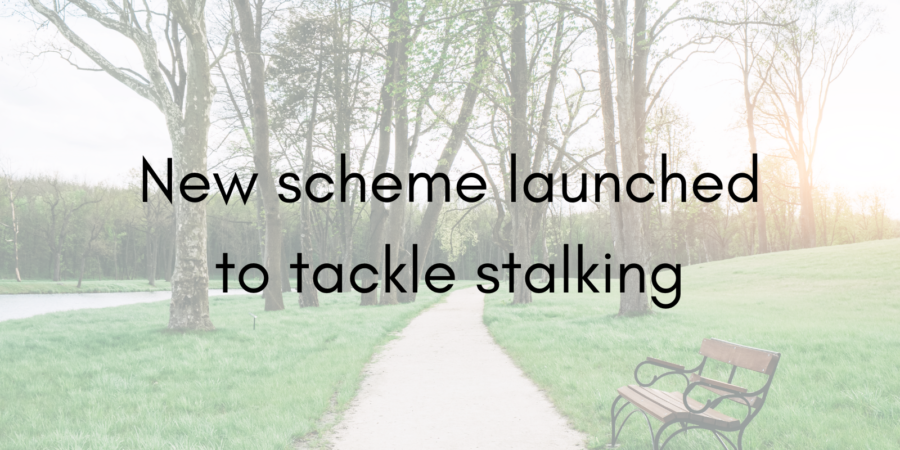 After a recent dramatic rise in reported cases of stalking in the West Midlands, a new initiative is being trialled that it is hoped will help tackle the problem.

The scheme will see people who have been identified as exhibiting stalking behaviours referred to a forensic psychologist who will help the perpetrators to change their behaviours before they escalate to more dangerous levels.

The intervention for the stalker consists of 6 one hour sessions with a forensic psychologist who will attempt to ‘turn off’ the cycle of abuse.

The £200,000 programme is being funded by the Police and Crime Commissioner, Simon Foster, after being developed by West Midlands Police Detective Inspector Cate Webb-Jones and leading forensic psychologist Rachael Wheatley.

The service will specifically target stalking that takes place between people who have been in an intimate relationship. Stalking of that kind has risen 59% in the last year, from 2,234 reported cases between April and September in 2020 to 3,549 reported cases for the same period this year.

Experts believe the increase is, in part, down to better police recording of the crime and campaigns designed to raise awareness of the issue.

The people targeted are those who are committing acts associated with stalking, but haven’t yet been sent to prison for their crimes.

There will also be support for victims as part of the programme. Black Country Women’s Aid will offer emotional support and safeguarding advice to ensure people are kept safe at home, school or work. West Midlands Police will also monitor the risk to the victim.

The stalking intervention programme is to be trialled until August next year.

“I’m pleased that we are leading the way when it comes to this kind of crime,” said West Midlands Police and Crime Commissioner Simon Foster.

“Stalking is an intimidating and frightening crime and the earlier the authorities can intervene to protect the victim and change the behaviour of the person doing the stalking, the better.

“I pledged to do more to protect victims of stalking and I’m pleased we’ve been able to make a significant start.

Detective Inspector Cate Webb-Jones, said: “Stalking victims need the stalking behaviours to stop because it creates such psychological damage and affects every aspect of their lives.

“Criminal justice outcomes alone don’t stop or change a perpetrator’s behaviour, which is where this new programme comes in.

“We have worked hard to develop a programme which seeks to change the mind-set of the perpetrator, many of whom are fixated and obsessed.

“By changing their behaviours we can prevent further harm for the victim or future victims and break that cycle of abuse.”

Sara Ward, CEO of Black Country Women’s Aid, said “Stalking is a devastating, exhausting and frightening crime which can affect every area of a victim’s life.

“Black Country Women’s Aid is pleased to be taking part in an intervention that recognises the need to intervene early to address stalking behaviour and support those who are experiencing this crime.”