Consultation on your policing priorities launches 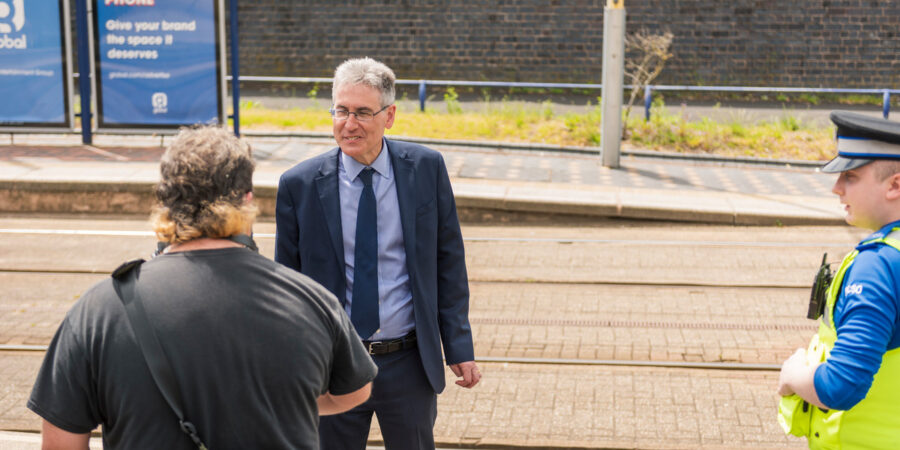 Already, more than 2,300 people have put forward their views and ideas to the PCC and now he wants to hear from even more people in the region as he shapes his plan for policing in the West Midlands.

The PCC wants to hear what people’s priorities are, what crimes they are most concerned about and their views on the way the police is funded.

A PCC’s term is normally four years, but the pandemic delayed last May’s voting by 12 months so on this occasion it will be a three year term.

Simon Foster has already committed to ensuring 450 new police officers are recruited and deployed to local communities across the region. He also wants to crack down on knife crime and domestic abuse. But his Police and Crime Plan will set out a much wider range of policy objectives and the PCC wants to hear the views of the public before writing it.

This part of the consultation will run until 10am on 14th September 2021.

The West Midlands Police and Crime Commissioner, Simon Foster said: “It’s really important for me to hear the views of as many people in the region as possible to make sure that the police and crime plan, which will set the direction for the police force, reflects their views and priorities.

“We’ve embarked on a wide ranging consultation and evidence gathering programme and have had some great responses so far. This stage will directly impact the key objectives that I will set for West Midlands Police.

“I would urge everybody to have their say and to share the consultation widely with their friends, families and colleagues.”

The consultation can be found here and is also available in other formats.